Home / News / Why The Upcoming Monero Upgrade Is Important

Why The Upcoming Monero Upgrade Is Important 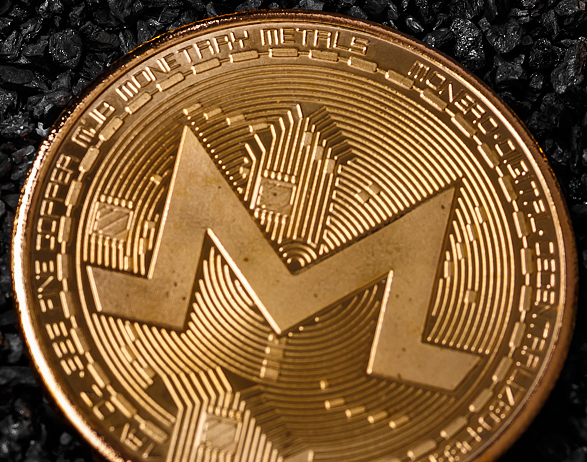 Every new market comes with innovations, but also new obstacles. Recently there has been lots of focus on regulation surrounding the cryptocurrency market. Some see these developments as positive, but some see it as unfavorable. However, many seem to dismiss technical developments due to lack of knowledge, and the high number of different cryptocurrency projects that needs researching. When shifting the focus from market maturity to network maturity, the long-term potential starts to become more apparent.

The most effective way to narrow down your research is to seek developments that are attempting to tackle threats that most cryptocurrencies currently face. Solving problems focused on minimizing potential vulnerabilities and attack vectors is typically a long-term initiative. Such an effort is also related to the cryptocurrency's objectives and motives.

Cryptocurrency market participants and network operators may have heard the term "51% attack". Currently, this is a possible threat to cryptocurrencies; however, it might not be a problem now, yet it is still a valid risk that cryptocurrencies could face in the future. When understanding the full scope of decentralization, the severity of a 51% attack becomes more serious. A 51% attack is a method of attack on the cryptocurrency's underlying asset, the blockchain, which enables a group of miners to control more than 50% (or majority) of the hash rate. The hash rate is the strength and computing power of the network; having such control could potentially disrupt the ecosystem if the group of miners decides to do so. Claiming a cryptocurrency is decentralized goes beyond transacting without a middleman. The roots of a decentralized network are components of its crypto-economics, such as the process and the distributed consensus. Fair distribution produces efficient long-term results. As a cryptocurrency's valuation increases, conducting a 51% attack becomes more difficult. For example, the highest valuation is currently Bitcoin (BTC), and performing such an attack would be difficult due to the increase in cost, risk, and time. However, in any case, a 51% attack on a cryptocurrency could also be orchestrated by numerous miners coming together to perform a mutual malicious attack. If a malicious attack were to be successful, it would enable the group to disrupt and manipulate the network by invalidating transactions and altering transactions to duplicate the cryptocurrency, or otherwise controlling the strength of the network.

The idea behind the scheduled upgrades is to force users to update also. Why is that? Let us take a smartphone or laptop as an example. If you notice at times, your device randomly makes an update to applications or operating systems. If you keep delaying the updates, it becomes a critical update, and in the case of those devices, they will possibly force the upgrade to happen on its own. The updates ensure that the software is secure. Just like companies take extensive measures to ensure you are protected, the developers found this method to be adequate to increase security. This upcoming scheduled network upgrade will introduce a new Proof-of-Work algorithm called RandomX. Monero developers and researchers have conducted extensive audits, research, and testing on RandomX, and the long-awaited update will be functional on November 30th, 2019. RandomX is a Proof-of-Work algorithm that uses cryptographic functions to increase the complexities against mining operators to achieve long-term resistance against network mining centralization.

On October of 2018, Princeton University and Florida International University released a research study expressing their concern about cryptocurrency mining, they stated "At the time of writing, 74% of the hash power on the Bitcoin network is in Chinese-managed mining pools. Pool miners cannot be directly controlled by China, but the managers are located within China and as such are subject to Chinese authorities." The intent for a malicious attack might not be there, but having such congestion in mining dominance gives the advantage to orchestrate a malicious attack on the network. Sometimes the case is not necessarily a 51% attack, but the ability to attack a cryptocurrency's ecosystem. On November of 2018, Cryptonaire Research Firm released a research report days before the crypto-market crashed, stating, "Another related concern is the actions of these mining entities are unprofessional and pose a network security risk. Mining operators have been expressing harmful intent towards damaging some crypto-asset networks." Sometimes the miners are not positive affliates of eachother, and will attempt to cause a "mining-war" against one another by indirectly joining one appalling motive. When considering developments for a cryptocurrency concerning the mining network, it is vital to view all long-term solutions. Turning a blind eye on the lack of diversity in the mining network will only decrease the potential in a balanced network, which leads to a reduction of use for the cryptocurrency. The crypto-market might be full of speculation at the moment; however, in the future, when inefficiencies and insecurity become evident to the average user, the market will react based on the user's experience.

Crypto-assets are an emerging market, and some find it difficult to understand the technicals of cryptocurrencies. The trust falls on the developers to ensure the users of its product are satisfied and secure both short-term and long-term. Sometimes a crypto-asset can have excellent user experience due to its simplicity or easy-to-use interface. Although, that does not mean the network is ready for extreme growth. When prioritizing future developments, the team of developers must keep the crypto-assets vision in mind. Problem-solving must be both effective and efficient. For example, Moneroj ability to achieve privacy by default also enables digital fungibility by default. If one crypto-asset becomes tainted due to its historical activity, why should another user down the chain be punished for possessing the same crypto-asset. The user that initially caused the tainted transaction is the suspect, not the victimized individual innocently and unknowingly possessing a tainted crypto-asset. In the past year, we've seen lots of regulatory development, and that is not expected to stop. Establishing a solution for centralized mining will ensure the cryptocurrency avoids all sorts of future critical problems. If there is no solution to a possible attack vector, then removing the incentive of orchestrating the attack is another option. It is considering the valuation of the crypto-market and Bitcoin's dominance being well over 50%, which leaves the majority of the decentralized minable crypto-assets at risk.

If cost and time is the risk of conducting a malicious 51% attack on a cryptocurrency, then mining hardware that reduces cost and time will only enable the possibility for such an attack vector. The rise of custom hardware that is designed to process a specific task has become a possible threat to the cryptocurrencies networks. Instead of a processing unit such as a CPU or GPU, which is processing things like a regular computer or laptop, some miners are running FPGA (Field-programmable Gate Array) and, more notably, ASIC (Application-specific Integrated Circuit) miners. There has been a tremendous increase of miners using ASIC hardware, and due to its characteristics poses a possible threat to the network in the future. However, Monero has found a way to tackle these issues by introducing RandomX. According to the Open Source Technology Improvement Fund, "They will either be significantly slower, too costly to build due to complexity or too expensive to run compared to general purpose hardware (in electricity costs)." As mentioned before, the higher a cryptocurrency's valuation, the higher the costs and time consumption to conducting a malicious 51% attack or merely operating as a bad actor on the network. That may not solve the issue with botnets on the network; nonetheless, understanding the difference between an entity as a bad actor and automation as a bad actor is another example of excellent development prioritization. Botnets follow a set of rules coming from diversified mining outputs types (e.g., GPU, CPU, ASICs); therefore, they are not directly considered bad actors on the network. Monero took the initiative to reduce those possible attacks now by securing the network with the new Proof-of-Work algorithm, RandomX. By solving the problem to make the algorithm more complex for specific-tasked processors such ASIC's, and to effectively create equality and fairness in cryptocurrency mining and the network.

Monero is changing the way people view decentralization and mining. This upcoming upgrade is a turning point for future technical developments for all decentralized cryptocurrencies and mining operators. Therefore, Monero will soon achieve a significant milestone in its development that will enable a balanced ecosystem and a secure decentralized network.